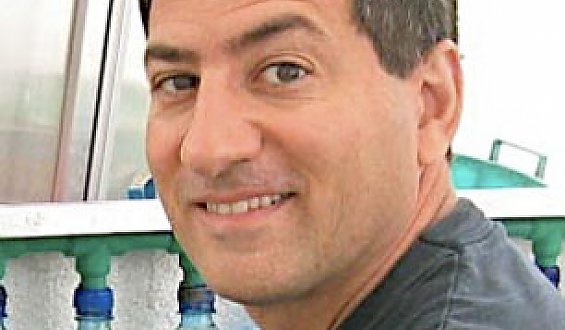 T.H. Culhane began his career, after graduating from Harvard in Biological Anthropology and spending a year doing rain forest research in Borneo on a Harvard project team, working as a science writer, publishing in Science Digest and Reader’s Digest Magazines. After attending the British American Drama Academy in London and Oxford, he returned to the U.S. and started teaching science in the inner city schools of Los Angeles. There he combined his skills in scientific research, writing, music, acting and film and theatre production and created a program called “D.E.M.M.O” Productions (Digital Engineering for Multi-Media Occupations). The federally funded “Chapter I” program helped at-risk youth engage with and personalize their education by giving them the ability to combine art and science in the service of an exciting end product. Science furnished the topic, Art furnished the medium, Science Fiction was the outcome.

The program was successful at Crenshaw, Jefferson and Hollywood High Schools, and Mr. Culhane went across America (and often to other countries) doing workshops for the NSTA (National Science Teacher’s Association) and other organizations (JPL Teacher Training Program, UCLA Teacher Education, LEARN, Impact II Teacher’s Network, CalState Space Science Program, Challenger Center) sharing his methods and enthusiasm for “bringing the textbook to life”.
As a teaching fellow in the UCLA Global Environment Class in 2002-2003, T.H. employed the same methods to help undergraduates appreciate and take an active role in improving our urban ecology.

From 2004 – 2006 Culhane taught similar workshops at the American University in Cairo and the Wadi Environmental Science Center bringing sci-fi fantasy and real world science together to keep kids motivated to study science.
From 2006 to 2008 Culhane and his wife, Dr. Sybille Culhane, fed up with pandering to the bourgeoisie, founded Solar CITIES (Connecting Community Catalysts Integrating Technologies for Industrial Ecology Systems) — a real-world education NGO that trains residents of very poor communities in inner-city Cairo how to build solar hot water and other renewable energy, water and waste management systems. In the “Blade-Runner-esque” environment of the urban poor in the slums of a third world country, they have found that no fantasy is necessary to stimulate science education. Science education, for the truly poor, is all about daily and yearly survival, so motivation is already high, and a good understanding of the properties of physics, chemistry, engineering, biology and materials science are seen as the way out of poverty.

Today, anticipating the arrival of their first child, the Culhane’s have temporarily left the real survival challenges of Egypt and now teach distance-learning classes in Environmental and Sports Psychology for Mercy College, New York, from their base in Germany, while T.H. finishes his Ph.D.