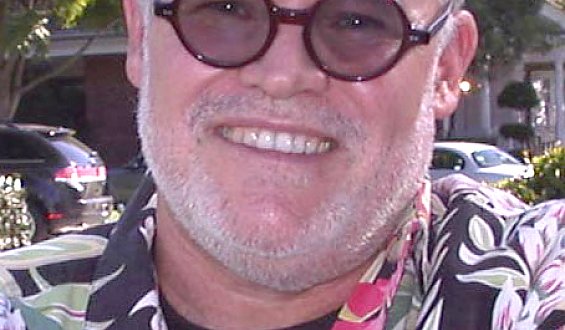 Narrative Designer Thomas A. Walsh was born in Los Angeles, California, into a show-business family. His father, Arthur Walsh, was a contract performer at MGM Studios in the 1940’s, appearing in many musicals, comedies, and dramas. He went on to have a successful solo career as a nightclub comedian, combining music, dance, magic, and gag-comedy while performing continuously in Las Vegas, Lake Tahoe, Reno, and Honolulu. It was through his exposure to his father’s world of live performance that Thomas began his lifelong journey in the performing arts.

Thomas graduated from Hollywood High School in 1973, and received his bachelor of fine arts degree in theatre design from California Institute of the Arts. He began his career working in the Hollywood crafts as a union stage carpenter and scenic artist at many of the leading theatrical, TV, and film studios. In 1977 he formally began his professional career as a scenic designer for the theater and as an art director and production designer for film and TV. Since then he has migrated continuously between the various design disciplines of feature films, IMAX, mini and episodic series, documentaries, commercials, Broadway dramas, musicals, and the regional theatre.

Having been nominated many times, Thomas is the winner of a primetime Emmy Award for CBS-TV’s critically acclaimed series, “Buddy Faro.” He is a winner of the Art Directors Guild Excellence in Production Design Award for the hit ABC-TV series, “Desperate Housewives” for which he designed the pilot and 84 episodes. His work on “In Search of Dr. Seuss” garnered another Emmy Award nomination as well as a Cable Ace Award. He designed the much-acclaimed documentary series “MGM: When the Lion Roars” which won an Emmy Award for best informational special. A leader in designing for IMAX, one of his films, “The Living Sea,” was honored with an Academy Award nomination. Thomas was nominated for a Cable Ace Award for “Kingfish, A Story of Huey P. Long.” He recently completed three seasons on the popular USA / Universal cable series, “In Plain Sight,” he is currently designing season two of the popular Sony / Lifetime series “The Client List.”

On Broadway, Thomas designed the Tony Award winning production of “Children of A Lesser God” and the critically acclaimed production of “Zoot Suit.” He was associated with two other Tony Award wins for best production for “I’m Not Rappaport,” and “The Real Thing” all realized during his service and apprenticeship to famed stage and film designer, Tony Walton. Thomas recently returned to his roots through his collaboration on “Play It Cool,” exploring the 1950s world of the west coast jazz scene in Hollywood a time and place that was close to his father’s personal journey and life experiences.  Thomas is married to opera and theatre costume designer, Merrily Murray-Walsh, and they reside with their son, Niccolo Walsh, in Los Angeles, California.