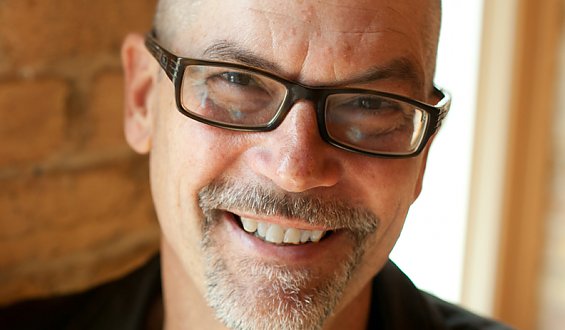 Mike Bonifer is the co-founder and Chief Creative Officer of bigSTORY, a global network of scholars, consultants and practitioners who help clients use the science of organizational storytelling to connect and grow.

Bonifer is, first and foremost, a storyteller. Throughout his career, he has been in the forefront of emerging storytelling practices and technologies.

As the publicist on Tron, the author of The Art of Tron, and the writer and producer of Computers are People, Too, he explained computer-generated imagery to the analog world.

As a founding producer of The Disney Channel, he helped pioneer the Walt Disney Company’s entrance into cable television.

As the producer of the award-winning website for Toy Story, he introduced Disney to the internet, and movie fans around the world to Pixar’s extraordinary storytelling.

He co-founded Network LIVE, producer of some of the biggest online music events in the world, including 2007’s Live Earth concerts for the environment, for which he served as Chief Storyteller.

In 2007, he wrote and published GameChangers – Improvisation for Business in the Networked World, and, with Dr. Virginia Kuhn of USC’s School of Cinematic Arts, co-founded GameChangers, a learning company that applied improvisation to business communication. His work with GameChangers dramatically improved the performances in units of companies such as Skype, Gap Inc. United Airlines Media, Gawker Media, NetApp and GE.

He has conducted university workshops in Public Health, Entrepreneurship, Engineering, Sociology and Cinema; collaborated with Alan Alda on a workshop for the Viterbi School of Engineering at USC; explained quantum storytelling to physicists at the Lawrence Livermore National Laboratory; coached Ron “The Gangster Gardener” Finley on his famous TED Talk on urban gardening.

He was the featured storyteller at the 2014 San Miguel International Storytelling Festival in San Miguel de Allende, Mexico. He and his son, Alex, perform a two-person improv act called BonBon, the only father-son comedy improv act in the world (that they know of). In 2015, he taught organizational storytelling to business leaders in Panama, Guatemala and Nicaragua as part of the Notre Dame Executive Education program. He contributed a chapter entitled Quantum Cowboy, to Being Quantum—Ontological Storytelling in the Age of Antenarrative, published by Cambridge Scholars in 2014, and is the co-author, with Jessie Shternshus, of CTRL Shift – 50 Games for 50 ****ing Days Like Today, published by BDI in September, 2015.

With bigSTORY, Bonifer is building a home for a practice of storytelling suited to our world. A way of building new realities, and accounting for the world-changing possibilities that await us when your story and my story become our story.