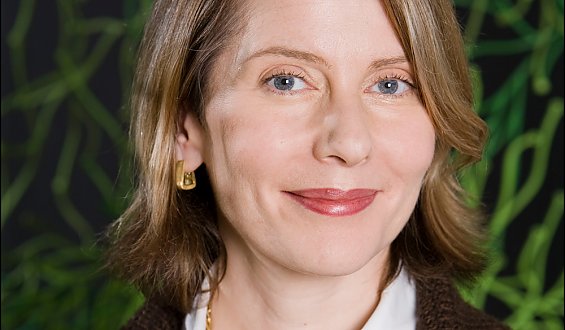 Paola Antonelli joined The Museum of Modern Art in 1994 and is a Senior Curator in the Department of Architecture and Design, as well as MoMA’s Director of Research and Development. Her first exhibition for MoMA, Mutant Materials in Contemporary Design (1995), was followed by Thresholds: Contemporary Design from the Netherlands (1996), Achille Castiglioni: Design! (1997-98), and Projects 66: Campana/Ingo Maurer (1999), Open Ends and Matter (September 2000–February 2001), Workspheres (February-April, 2001), Humble Masterpieces (July-September, 2004), SAFE: Design Takes On Risk (October 2005-January 2006), Design and the Elastic Mind (February 24–May 12, 2008), Standard Deviations: Types and Families in Contemporary Design (March 2011-February 2012),  Talk to Me: Design and the Communication between People and Objects (July 24-November 7, 2011), and Born out of Necessity (March 2012-ongoing).

Paola Antonelli has lectured worldwide in settings ranging from peer conferences to global interdisciplinary gatherings such as the World Economic Forum in Davos, and she has served on several international architecture and design juries. From 1991 to 1993, she was a Lecturer at the University of California, Los Angeles, and has in the past few years also taught design history and theory at the Harvard Graduate School of Design and at the MFA programs of the School of Visual Arts in New York.

The recipient of a Master’s degree in Architecture from the Polytechnic of Milan in 1990, Paola Antonelli has curated several architecture and design exhibitions in Italy, France, and Japan. She is a Senior Fellow with the Royal College of Art, London and received an Honorary Doctorate in Design from Kingston University, London. Paola earned the “Design Mind” Smithsonian Institution’s National Design Award in October 2006, and in 2007, she was named one of the 25 most incisive design visionaries by Time magazine. In 2011, she was inducted in the Art Directors Club Hall of Fame.

A Contributing Editor for Domus magazine (1987-91) and an editor of Abitare (1992-94), Paola Antonelli is also the author of many exhibition catalogues, including Talk to Me: Design and the Communication between People and Objects (2011); Design and the Elastic Mind (2008); Objects of Design (2003), a book dedicated to design objects in the Museum’s collection; and the publication Humble Masterpieces: Everyday Marvels of Design (2005), which highlights how good design facilitates and enriches our daily life. She continues to write for international publications.

Paola Antonelli’s goal is to insistently promote design’s understanding, until its positive influence on the world is fully acknowledged and exploited. She is currently working on several shows on contemporary design; and on Design Bites, a book about foods from all over the world appreciated as examples of outstanding design.
She can also be found on Twitter under the handle @CuriousOctopus.