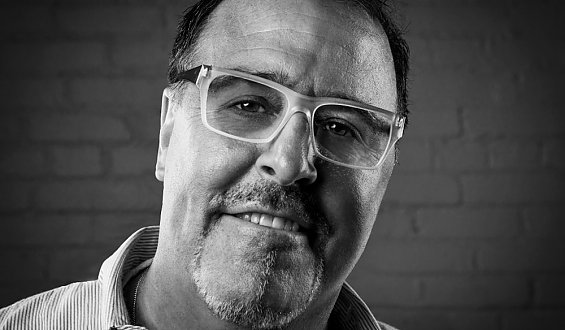 As a founding member of Reel FX, Peil has participated in the studios significant growth over the past 20 years and now employs over 375 team members in their 75,000 square foot Dallas and 17,000 square foot Santa Monica studios. Reel FX is currently in production on their next highly anticipated CG feature film, "The Book of Life", with 20th Century Fox, director Jorge R. Gutierrez and producer Guillermo Del Toro in theaters October 17th, 2014.

Peil is a respected leader and innovator in the entertainment space with over 50 theatrical, location-based and television projects to his credit. Prior to Reel FX, Peil was a restaurateur, and also founded a boutique agency that represented, developed and branded companies and individuals in the creative arts. Throughout his career, Peil has been called on to speak on a wide range of topics such as entrepreneurism, innovative marketing, talent development and the entertainment production industry.

Reel FX (Dallas, TX and Santa Monica, CA) is a fully integrated movie studio that develops and produces both animated films and live action movies. The studio also focuses on short form work including commercials, music videos and short films. The company’s development slate includes The Book of Life, and Beasts of Burden. The studio’s first film, Free Birds, was released on November 1, 2013 and has grossed over $100 million worldwide.

Reel FX launched its feature length development and production slate in 2010 after almost 20 years of experience as an award-winning one-stop studio for the creation of animated content including films, special attraction/live venue projects, commercials, and interactive projects for companies like DreamWorks Animation (Rise of the Guardians), Fox, Warner Bros. and Universal Studios.

Since starting the development and production of feature films, Reel FX has aligned itself with some of the most recognized and respected names and brands in the entertainment industry for its projects including Cirque Du Soleil: World’s Away (Cirque Du Soleil, James Cameron, Andrew Adamson, Aron Warner), The Book of Life (Guillermo Del Toro, Jorge R. Gutierrez), Beasts of Burden (Dark Horse Comics, Andrew Adamson, Aron Warner) and Free Birds (Jimmy Hayward, Scott Mosier).