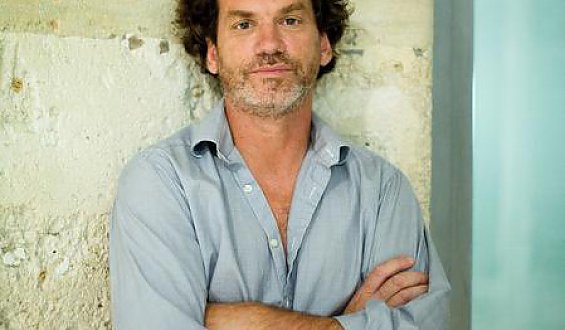 David Edwards is the founder of Le Laboratoire in Paris, core to his international innovation network of ArtScience Labs, teaches at Harvard University in the School of Engineering and Applied Sciences, and is a core-founding member of the Harvard Wyss Institute of Biologically-Inspired Engineering.

David's creative base, Le Laboratoire, is a cultural center in Central Paris where David works closely with artists and designers, including chefs, composers, and contemporary artists, to conduct experiments at frontiers of science. These experiments lead to public exhibitions of works in progress and often translate as cultural, social, and commercial innovations. Among David's commercialized innovations since the opening of Le Laboratoire in 2007 are Andrea (a plant-based filter that accelerates filtration of toxic gases by plant matter), Le Whif Chocolate (chocolate without calories), Le Whif Coffee (coffee without the cup), Le Whaf (a generator of flavor clouds for fine dining), CellBag (a cell-inspired bag for carrying water in the developed and developing world), the AeroShot (aerodynamic caffeine,) and WAIHH Quantum Sensations with designer Philippe Starck.

David is also pioneering the development of WikiCells, edible bioforms that eliminate plastic in food and drink products. Prior to opening Le Laboratoire David invented new ways to delver drugs and vaccines with Robert Langer of MIT, which developed inhaled insulin with Eli Lilly and sold to Alkermes in 1999, Pulmatrix, a Massachusetts-based venture startup that develops novel treatments of airborne infectious disease, and Medicine in Need, a nonprofit that initiated the development of David's work in inhaled TB vaccines and antibiotic drug therapies for MDR-TB.

Prior to David's work in biomedical practice he worked in applied mathematics, publishing seminal textbooks in the areas of interfacial transport processes and 'macro transport' processes.  David is the author of popular books on innovation, including Artscience: Creativity in the Post-Google Generation (Harvard Press 2008) and The Lab: Creativity and Culture (Harvard Press 2010) (in French with Odile Jacob as Le Manifeste du Laboratoire) as well as graphic novels in French and English, Niche and Whiff, both published by Ecole des Beaux Arts de Paris and Harvard Press. David was elected to the National Academies of Engineering in the USA (2001) and France (2008) and is a Chevalier des Arts et des Lettres of the French Ministry of Culture (2008).