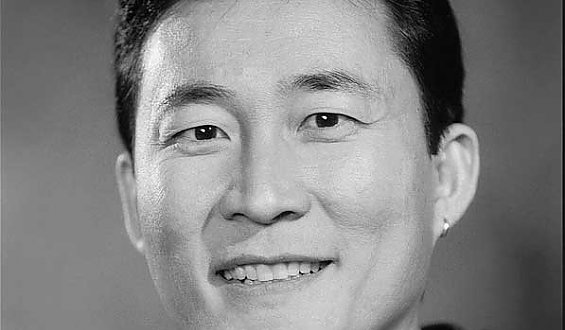 Academy Award-winning Artist, Production Designer, and Author Doug Chiang began his career as a stop motion animator on the Pee Wee’s Playhouse TV series. After attending the film school at UCLA, he became a Clio Award-winning commercial Director for Rhythm and Hues, Digital Productions, and Robert Abel and Associates. As a Creative Director at Industrial Light and Magic, he served as Visual Effects Art Director on such films as “Terminator 2,” “Ghost,” “The  Doors,” “The Mask,” “Forrest Gump,” and “Death Becomes Her.” Doug has earned an Academy Award and two British Academy Awards for his work.

In 1995, Doug moved to Lucasfilm, LTD to work as Design Director on the first two Star Wars prequels before forming IceBlink Studios, LLC, his Marin County film-design studio. From 2002 to 2010, he has served as Production Designer on The Polar Express, Beowulf, A Christmas Carol, and Mars Needs Moms.

As an independent filmmaker and Director, Doug has received numerous awards including First Place in the FOCUS Awards for his film Mental Block. His teaser films for “Robota,” based on the book he created and co-authored with Orson Scott Card, was awarded both the Prix Du Rendu award at the Imagina 2003 Film Festival and the Best Advertising/Promotional Film in the 2003 Annecy Animation Festival.

Doug’s artwork and paintings have appeared in worldwide exhibitions at the Brooklyn Museum, Chicago’s Field Museum and the Kyoto and Tokyo National museums. His latest book entitled Mechanika: Creating the Art of Science Fiction with Doug Chiang, in which he shares his traditional and digital techniques, was published in 2008.

In 2006, Doug joined Walt Disney Studios to form ImageMovers Digital, LLC a digital film studio in the San Francisco Bay Area. As one of the founding members, he was instrumental in building the studio from scratch, growing it to over 450 people and personally overseeing the hiring of the supervisory team. He served as IMD’s Executive Vice President until 2010. Currently, he is President and CEO of IB2 Studios, LLC.

Doug is a member of the Art Directors Guild, IATSE Local 800.