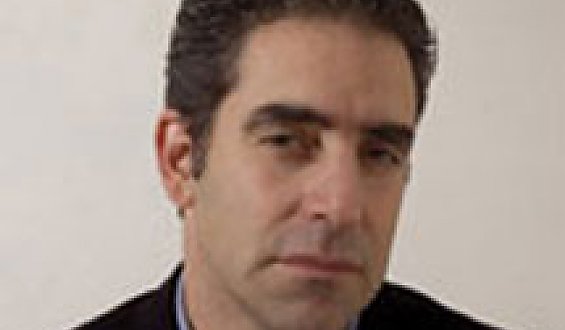 Evan Douglis is the principal of Evan Douglis Studio; an internationally renowned architecture and interdisciplinary design firm committed to innovative and contemporary design. The firm’s unique cutting edge research into computer aided digital design and fabrication technology, new materials and multi-media installations as applied to a range of diverse gallery installations, commercial projects and more recently a new generation of building components has elicited international acclaim.
Evan Douglis is currently the Chair of the Undergraduate School of Architecture at Pratt Institute.

He has taught at various programs including, The International University at Cataluyna, Barcelona, Spain, Hubei Fine Arts Institute in Wuhan, China, SCI-Arc Southern California Institute of Architecture in Los Angeles, CA and The Central Academy of Fine Arts in Beijing, China.

In 2008 he was awarded a Distinguished Professorship in Design from CCNY.


He was selected as a participant and exhibitor in the 2004 ARCHILAB International Conference in Orléans, France. He was one of ten international firms selected by Architectural Record as part of their December 2005 Design Vanguard Competition profile. Douglis received a 2005 Design Merit Award in the International FEIDAD Competition, he was a finalist nominee for the 2006 North American James Beard Foundation Restaurant Design Awards and he received the 2006 ACADIA Award for Emerging Digital Practice. More recently, he was selected as a fellow in the 2006 residency program titled: BRICK PROJECT: Ceramics and Architecture at the European Ceramic Work Centre in the city of Hertogenbosch, Netherlands. His project Flora_flex was exhibited in the recent 2007 Rotterdam Biennale.


His work has been included in the publications: Sign as Surface, INDEX Architecture, The State of Architecture at the Beginning of the 21st Century, the 2004 ARCHILAB Exhibition Catalog: Naked City, and the 2005 Phaidon publication titled 10 x10_2. More recently in 2007 his work has been showcased in the competition catalog by Birkhauser: Distinguishing Digital Architecture: 6th Far Eastern International Design Award, the EKWC Rotterdam Biennale catalog: The Brick: The Book, 16 Designers, Architects + Artists, and the books: FURNISH: Furniture and Interior Design for the 21st Century, by Die Gestalten Verlag and Architecture Now 5 by Taschen Publishers.