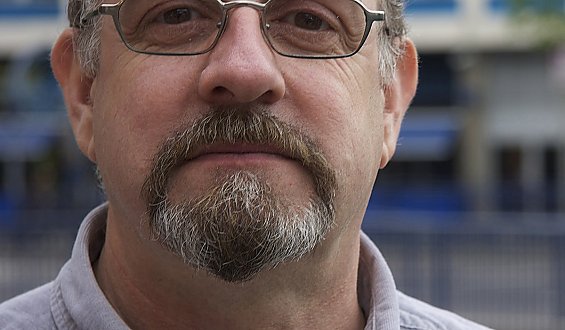 Malcolm Garrett is the Creative Director of IMAGES&Co, a communications design consultancy based in London, UK.

Garrett has a global reputation for his influence on graphic design and popular culture, both through his landmark designs for clients including Buzzcocks, Duran Duran, Boy George, Simple Minds and Peter Gabriel, and through his pioneering role in championing interaction and digital communications since the early 1990s, with an approach he refers to as 'connected communications'. in 1994 he established one of the first digital agencies in London's Shoreditch, and in 2000, he became the first “new media” designer appointed as Royal Designer.

Both at Assorted Images, the graphic design company that he founded in 1977, and at his digital agency AMX, Garrett produced innovative work for clients in the arts, media and culture; and for leading corporates such as Barclays, Accenture, BT and Diageo. More recently he has designed identities and graphic interfaces for physical and online environments for the British and Canadian governments, for the Dublin Bus network, Manchester City Council, and for public institutions such as museums and universities. At IMAGES&Co, Garrett heads a team which develops leading-edge communications in lifestyle, culture, manufacturing, healthcare and education.

In November 2013, Malcolm Garrett takes office as Master of the Faculty of Royal Designers for Industry. He is a Fellow of the International Society of Typographic Designers (FISTD) and holds honorary Doctorates of Design from Robert Gordon University in Aberdeen, and University of the Arts London. Garrett is a member of the Science Museum Advisory Board, the Sir Misha Black Awards Committee and is founder member of the 5D world builders at 5D Institute at USC in California. He is noted for his collaborative approach to design and his commitment to design education. His work has been widely exhibited worldwide and his collection of futurist memorabilia was launched last year as a resource for PhD students by Manchester School of Art with an exhibition titled “The World of Tomorrow”.

Malcolm is an official ambassador for both the Manchester School of Art and the Design Manchester 13 festival.