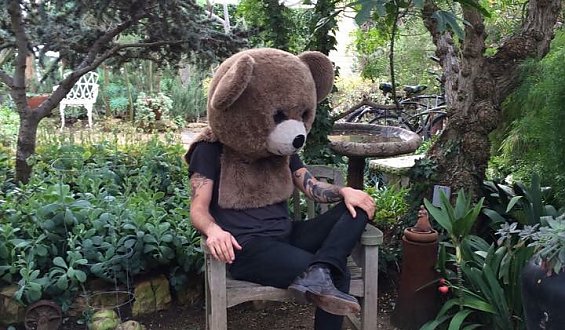 Born in Johannesburg to parents deeply involved in the South African music industry, Greg has been at the crossroads of art, entertainment and technology since the days of Intellivision, the Apple ][, and Devo.

In 1996, Greg helped start the motion-capture studio at Electronic Arts (which would become the world’s largest video game company). This lead to his work as a technical art lead in the games industry, where he spent time at Nintendo, Next Level, Boss Game, and Black Box, while moving between Toronto, Vancouver, and Seattle. He helped execute and launch more than a dozen original video game titles, while honing his specialties in interactive technology, development, project management, 3D, animation, user interface design, and branding.

While still making games, Greg founded Unfamiliar Records in 2004. This independent record label would launch the careers of Pitchfork darlings Japandroids, Mac DeMarco, Alex Calder, Weaves, and the Mood Hut collective. He followed this up by opening Unlovable, a Toronto bar credited with helping revitalize the Dundas West neighborhood.

After some time in New York collaborating with DFA Records (James Murphy, Juan MacLean) and working with Vice and MTV on a project that involved building a virtual version of the Lower East Side, he co-founded his own company. Called StageBloc - and based in Chicago - what started as a set of tools for musicians quickly became a social commerce start-up, with a strong focus on music and entertainment.

While maintaining his position at StageBloc, Greg moved to Los Angeles to help develop Topspin Media, a music technology company that pioneered the “share to download” concept. It was during this time that he met the founders of an emerging agency: The Uprising Creative.

Leaving Topspin for The Uprising, Greg pushed the modern concept of the “fan site,” using Justin Timberlake as the first example, with StageBloc as the platform, and The Uprising as creative partners. This successful initiative spawned numerous sites built using the technology, including Kid Rock, Eric Church, Keith Urban, Kenny Chesney and Metallica, and culminated in the acquisition of StageBloc in 2015 by a large LA-based media platform.

Before settling into his new position as Director of Interactive, for the last two years, Greg has been Acne’s Technical Director in Los Angeles, responsible for revamping and retooling the way the company approaches interactive, experiential, and digital projects. His focus is now on developing new technologies that bring together the physical and digital in exciting, tactile ways -- from AR to VR, to digital, visual, and aural experiences with broad commercial appeal.