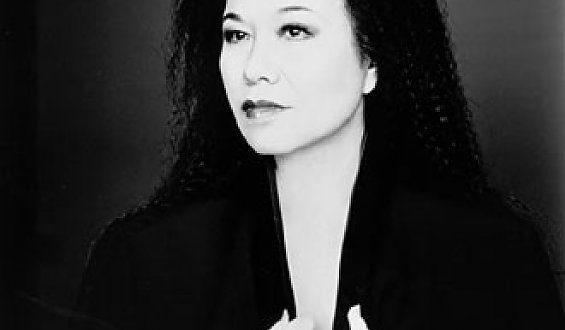 As a visual artist whose career spans several fields, Eiko Ishioka has created some of the most remarkable works of our time. She was one of the rare artists honoured in the West with an Academy Award, a Cannes Film Festival award, a Grammy Award and a Tony nomination, after having won some of the most prestigious art direction and graphic design awards in her native Japan. In 1999, she designed the costumes for the film The Cell, starring Jennifer Lopez, as well as publishing the book Eiko on Stage, which focuses on her stage and screen work.
Eiko Ishioka's talent was revealed to the North American public thanks to the Oscar-winning costumes she designed for Bram Stoker's Dracula, directed by Francis Ford Coppola. "Like all great artists in the world, Eiko understands what's going on in other cultures besides her own, and by immersing herself in them, she is able to create works that are unique blends. Her work transcends boundaries on many levels, since she refuses to stick to one particular medium or set convention," attested the director of Apocalypse Now.


In fact, it was Coppola who invited Eiko Ishioka to her first Cirque du Soleil performance. Varekai marks her début in the world of the circus arts. As she explained, "After the publication of Eiko on Stage, I wanted to explore new horizons. This proposal came at a perfect time and I was seduced immediately since, as a spectator, I had already fallen under the spell of Cirque du Soleil." She added that, "with Cirque du Soleil, I've discovered a new creative universe, which I embraced right from the start. Together, we're building a shared dream."
Over the course of her career, Eiko Ishioka has left her mark in a variety of artistic fields, winning acclaim as an art director and graphic designer, production and costume designer, and museum exhibit designer, among other things. In 1983, she published a retrospective of her graphic design and art direction work entitled Eiko by Eiko. Ishioka was chosen as a keynote speaker for the 1998 International Design Conference in Aspen, Colorado, and is in high demand as a lecturer around the world. In 2001, she designed racing uniforms and outerwear for the 2002 Winter Olympic Games in Salt Lake City, Utah. She also directed the music video for the single"Cocoon", from Björk's album Vespertine.


Her long list of accolades garnered in the West includes the 1985 Cannes Film Festival Award for Artistic Contribution for her production design work on the Paul Schrader film Mishima, Tony nominations in 1988 for the sets and costumes of the play M. Butterfly, and a 1987 Grammy Award for the artwork on the Miles Davis album Tutu. Eiko Ishioka is a laureate of the New York Art Directors Club Hall of Fame, and her work is included in the permanent collections of museums around the world, including the Museum of Modern Art in New York.