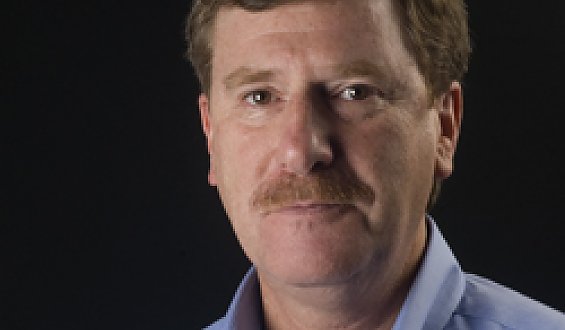 Jere Harris, PRG’s Chairman and CEO, has been active in Broadway theatre production since 1970, with family ties to the theatre industry that extend back four generations. His great grandfather was a theatre manager in England, and his grandfather was a company manager for legendary producer/director George Abbott. Jere’s father, Joseph P.Harris, is a four-time Tony award-winning producer of more than 200 Broadway shows, including Chicago, Dancing at Lughnasa, and Sweet Charity. Jere’s mother, Geraldine, was a stage actress who performed in such renowned musicals as Guys and Dolls and Silk Stockings. Jere began his theatre career at age 16, working at a Broadway scenic shop. Less than a decade later, he was named production manager for Theatre Now, the largest theatrical management company during the 1970s and 1980s.

In 1982, Jere founded Harris Production Services to provide production management services to the live entertainment industry. Since its inception, Harris Production Services has been involved in more than 500 major  productions, including Beauty and the Beast, Starlight Express, Madame Butterfly, and An Inspector Calls, as well as automotive shows, inaugural events, and Olympic ceremonies.

In 1984, Jere founded Scenic Technologies to develop new scenic fabrication and automation techniques for the live entertainment market. Scenic Technologies quickly revolutionized the way scenery is automated through its introduction of Stage Command, a proprietary motion control system. This system has been used in such popular productions as The Phantom of the Opera, Les Misérables, Wicked and Spider-Man: Turn Off the Dark on Broadway; Masquerade in the Sky in Las Vegas; Terminator 2 in 3D and Twister at Universal Studios theme parks; and numerous corporate events and trade shows.

In response to rising client demand for one-stop production solutions, Jere formed Production Resource Group in 1995 with Harris Production Services and Scenic Technologies as its cornerstones. In the following years, leading lighting, audio and video companies were brought into the group, making PRG a global supplier of entertainment technology.

As a producer, Jere has presented two groundbreaking theatrical productions. EFX, starring Michael Crawford, which opened at the Las Vegas MGM Grand Hotel in 1995, was a significant entertainment landmark that ran for nearly eight years. And, pushing the envelope of live performance, Jere co-produced, with Michael Cohl, Broadway’s Spider-Man: Turn Off the Dark, the most technically complex production ever mounted on a Broadway stage.