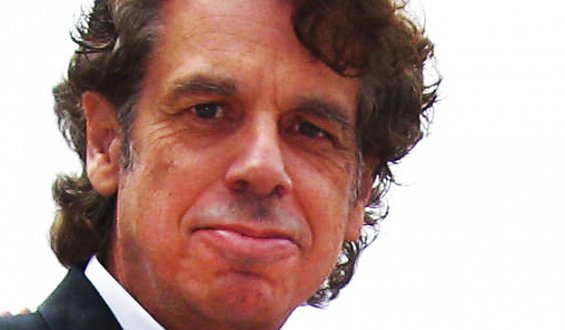 Production Designer John Muto graduated from the University of California at Berkeley.  After working in educational media in the San Francisco Bay Area, and making short animated films on his own, he moved south to Hollywood, to create the surreal animated sequences for the Elfman brothers' and OINGO BOINGO band’s musical cult fantasy FORBIDDEN ZONE.  Moving on to Roger Corman’s New World Pictures, in Venice, California, he worked as an animator on BATTLE BEYOND THE STARS, and illustrator and storyboard artist on GALAXY OF TERROR.  John went on to act as Visual Effects Designer and/or Second Unit Director on such features as STRANGE INVADERS and JAWS - 3D.

For his first feature as Production Designer, he created the pop neon look of the sci-fi cult hit NIGHT OF THE COMET. John went on to design in a number of genres, including the blockbuster comedy HOME ALONE, the science-fiction thriller SPECIES, the grimly realistic RIVERS EDGE, the romantic fantasy HEARTS AND SOULS, and the Victorian melodrama FLOWERS IN THE ATTIC.  He created the enormous post-apocalyptic sets for director James Cameron’s  TERMINATOR 2 / 3D : BATTLE ACROSS TIME, the pioneering 65mm 3D attraction at the Universal Studios Theme Parks in California, Florida, and Japan.

For the American Cinematheque and the Art Directors Guild, John founded the Art Directors Film Society, spotlighting neglected masterpieces of film design.  He conducts onstage interviews with designers from Hollywood's Golden Age, as well contemporary designers, and guests from within the filmic arts as well as architecture and academia.  (see Vimeos of past programs at adg.org)  Each year he assembles a panel of designers from the leading films and television shows for the San Diego ComicCon.

As a consultant, Mr. Muto develops design strategies and problem solving for feature film through his company Design for Production.