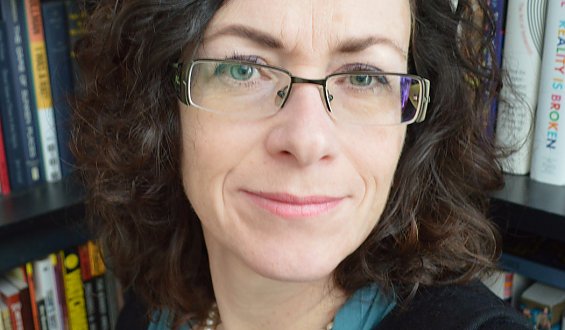 Siobhan O’Flynn, PhD, consults on digital/interactive/participatory storytelling via her company NarrativeNow, is the Co-Founder of PlusCity Design, Co-Creator of the online site, TMC Resource Kit, and Co-Founder of Transmedia 101, a community building and education initiative for Canadian producers moving into the digital sphere. She is a Senior Lecturer, Canadian Studies, University College, University of Toronto and Faculty since 2001 with the CFC Media Lab.

In 2006/07 Dr O’Flynn was the narrative design consultant on Late Fragment, a feature film/DVD (CFC/NFB) that screened at Cannes in 2008 as part of the Future of Cinema Salon. She has mentored in numerous digital skills workshops across Canada, including the Digital Development Lab (CBC/BC Film/New Media BC), Melting Silos (NFB/SFU Praxis), and
internationally for the Sheffield Doc/Fest Design to Deliver, and the Crossover Lab/Sheffield Doc/Fest Convergence Catalyst.

She givennumerous keynotes, workshops, and masterclasses around the globe on topics ranging from transmedia & crossmedia development and design, interactive/web documentaries, and disruptive innovations in Web 2.0 world. Dr. O’Flynn has presented at MIT, StoryWorld SF, and this year, the NFB French Program, the CBC and the Screen Edge Forum, Auckland, New Zealand.

Dr. O’Flynn was a Jury Member for the Sheffield Doc/Fest Innovation Award 2012, and is the Canadian Representative for StoryLabs, an international organization for transmedia producers. She has published numerous articles and holds a SSHRC Insight Development Grant researching the impact of social media on public interaction during Toronto's Scotiabank Nuit Blanche.