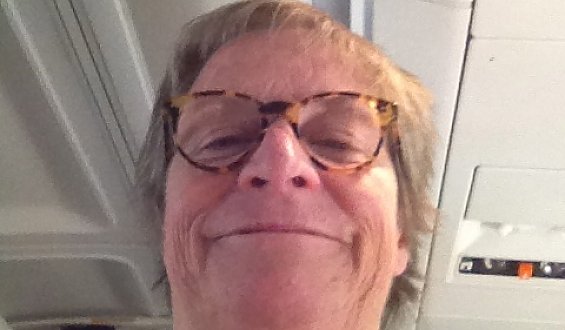 Born and raised Roman Catholic in Burlington, Vermont, Patty grew successfully and left home at an early age.  She was an activist on behalf of the anti-war movement (Police Action) and yet maintained a pro-military attitude with friends and family off to contribute to the effort in South East Asia.  (Dad was a Marine – Semper Fi)  (Mom was a Special Education Teacher - bless her.)  Patty lived an alternative life style of barn dwelling with woodstove heat and cooking facilities, without running water and maintained a ferocious devotion to the University of Vermont hockey team.  It was a wonderful time.

In the later 1970’s and early 1980’s Patty traveled in a circle of cutting edge, home based organic musicians some of whom recorded for the venerable Philo Records.  Philo was an organization devoted to capturing the music of artists of every type: Cajun, Sea Shanty, Ethnic Family Bands, Bluegrass, Popular Folk, Traditional Folk, Irish music, Children’s music, and Contemporary music to name just a few.  The goal at Philo was to capture the artist’s on vinyl before many of the older ones died, never to be heard again.  Patty did fund raising, public relations and dishes for Philo.  Again it was an alternative group with a healthy goal.

Next Patty moved onto a short employment with the great Canadian attorney Frank Common, Jr. at his privately held company CommonCents in Montreal, Quebec.  She found herself in charge of a personal project for FBC, JR – the construction of the ultimate sewing kit. (Sounds easier then it was.)

Time passes and Patty had a personal tragedy in her life and moved on to Los Angeles to escape the daily reminders.  Early on she got lucky and went to work for International Producers Services and it’s strict, yet benevolent, owner Jim Sommers.  Patty was given the opportunity to learn and she took advantage of it, moving from the lowest Production Assistant on the planet, to Producer in a very short period of time.  (She had a great teacher.)  IPS (as it was known) had a full production company for commercial advertising, as well as a service company that provided production elements for both Feature Film and Television.  It is now the late 1980’s and the world of “Special Effects” was a burgeoning new industry in the Commercial world.  Patty had the benefit of working with the wondrous R Greenberg & Associates, DreamQuest, ILM and Colossal in those earlier days.

Next, on this gifted journey, was the title “Executive Producer” – terrifying and exhilarating all at once.  Patty had a short stay as Executive Producer at the LA offices of The Partners Film Company (thank you Don McLean) and a longer one at the socially conscious Dove Films.  At Dove, Patty’s education was once more accelerated and see was gifted to work with Owners, Director Cal Bernstein, and his Partner/wife Roz.  Patty worked with the great Sven Nykvist, ASC at Dove and was joyously burdened with the helming of that illustrious ship.

In the very late 1980’s a couple of young professionals came to see the Bernstein’s and said “We are black, we are beautiful and we can’t get a job in this town.”   This was the birth of Blackbird, a production entity that targeted the “black market” in advertising, using all black crews and it paved the way for many of the black professional in the business today.  Patty was the experienced producer and enjoyed her time as the guidepost she became for these eager, intelligent, hard working, fun filled folks that bloomed that company.

Next it was time to return to Vermont and assist her aging elders.  (Oh yes they all got over the great emancipation issues of Patty’s younger years.)  Just prior to leaving LA, Crayton Smith of Smith, Gosnell and Nicholson talked Patty into coming back to LA when her duties in Vermont allowed and suggested that she become an agent.  (The furthest thing from Patty’s mind.)  Patty did come back and she did become a below-the-line agent and rekindled the old relationships from her time as a producer and made new professional relations with the tremendous talent pool represented by that agency.  She also managed to bring in a few giants herself.  Sven moved over to SGN and more was learned on Patty’s part, not the least of which was that she came from a huge Irish family and negotiating a fair solution had been her life’s challenge on a daily basis.

As time passed Patty eventually opened her own agency, The Mack Agency, www.themackagency.com where she continues to enthusiastically represents her clients in the spirit of fairness while following the precepts of Mark Twain, “Tell the truth, there’s nothing to remember.”