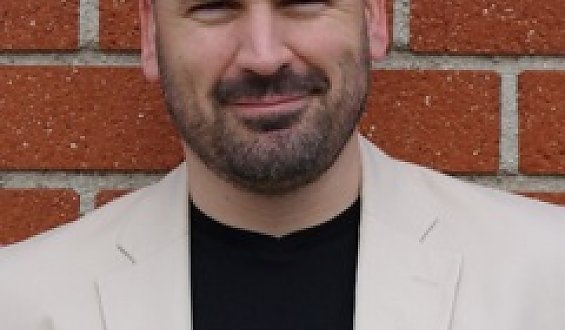 At age 12, Barry Ptolemy was first inspired to create films by Steven Spielberg on the set of E.T., where he worked and studied closely alongside the director. After attending USC film school, Barry founded his first production company Waterland Productions in 1994 where he directed and produced a slate of award winning national commercials, TV shows, and films. There, he created the hit show Adventures Television, which was featured on The Tonight Show with Jay Leno on Thanksgiving Day 1995.

In 2006, Barry’s interest in the sciences and technologies led him to read Ray Kurzweil’s The Singularity is Near, upon which his first feature, TRANSCENDENT MAN, is based. The film, which had its world premiere at the Tribeca Film Festival as well as stops at AFI and Sundance, went on to monumental success when it opened in theaters nationwide.

Barry appeared on CNN, FOX and MSNBC, as the film quickly became the most talked about documentary in the country. The film and its subject Ray Kurzweil went on to appear on The Colbert Report, Real Time with Bill Maher, The Jimmy Kimmel Show, Howard Stern, PBS and Nightline to name just a few. In addition the film was discussed in a TIME magazine cover story, quickly cementing Barry as a nationally recognized filmmaker.

Barry went on to produce and appear in Transcendent Man LIVE: A Conversation About the Future from Lincoln Center in New York alongside Ray Kurzweil, Michio Kaku, Deepak Chopra, Steve Wozniak, Bill Maher, Quincy Jones, Elon Musk and Vice President Al Gore. Distribution partner Fathom Events aired the event live in over 450 movie theaters nationwide and was sold out in many.

Barry also directed the Internationally renowned video "We Are The World 25 For Haiti" with Lionel Richie and Quincy Jones, which aired during the Vancouver 2010 Winter Olympic Opening Ceremonies. Recently, Barry gave a TED talk on The Future Of Education, which has been widely viewed. Barry is a contributor to many TV shows and films on the subject of accelerating technologies. He has appeared on Charlie Rose and Big Think. He was recently named one of the new “power directors” by L.A. Confidential Magazine.