Building Digital Worlds for the Screen 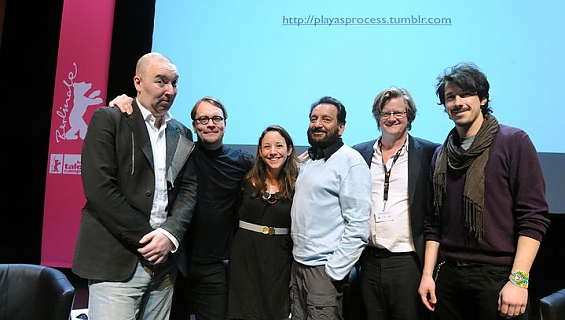 Creating the physical world surrounding a film story involves not just design but also in-depth research, problem-solving and technical insight. As a creative process of visualising and physically developing an environment, it becomes a key element of the storytelling process. This workshop, for a selected group of production designers, is led by two master craftsmen: Indian filmmaker and producer Shekhar Kapur and production designer and producer Alex McDowell. Shekhar Kapur has made critically acclaimed films like BANDIT QUEEN, the award-winning historical biopic ELIZABETH and its sequel ELIZABETH: THE GOLDEN AGE, which was nominated for two Oscars. Alex McDowell is one of Hollywood’s most acclaimed production designers with films such as MINORITY REPORT, CHARLIE AND THE CHOCOLATE FACTORY, FEAR AND LOATHING IN LAS VEGAS, FIGHT CLUB and CORPSE BRIDE comprising his film portfolio. Showing excerpts from their films, the two professionals will examine in-depth the production of a plausible and realistic world on screen. Participating Talents will have the opportunity to discuss their own projects and receive input, insight and guidance.

5D at the 2011 Berlinale Talent Campus