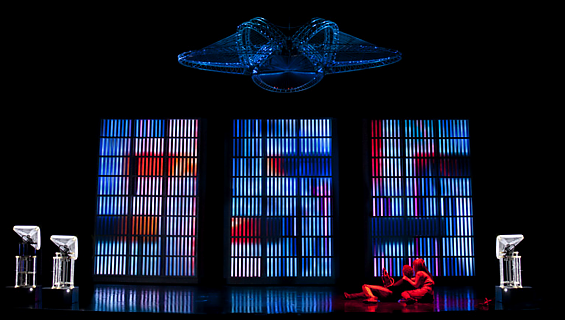 We are moving into a terrain in which the design of a world precedes the telling of a story, and in which expert and amateur authors may truly collaborate. Drawing examples from his extensive experience as one of Hollywood's top production designers (Minority Report, Fight Club, Man of Steel, etc.), Alex McDowell will explore the dynamic potential of the world building process to craft tangible story worlds through an immersive, transdisciplinary design system, with potential impact across diverse sectors of 21st century culture. Tod Machover, celebrated composer and inventor (from hyperinstruments for Yo-Yo Ma to Guitar Hero) and a founding professor at the MIT Media Lab, will describe new forms of musical performance in which all senses are engaged and distributed locations are interconnected, as well as vast symphonies created for - and by - citizens of cities around the world.