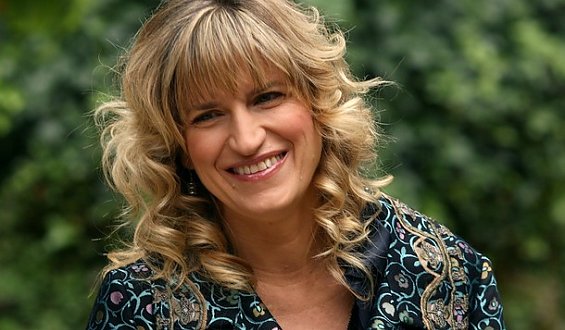 Catherine Hardwicke directed the film Twilight, which launched the film franchise based on the best-selling novels by Stephenie Meyer. The filmed earned $69.6 million in its opening weekend, the highest ever opening for a female director, and went on to gross almost $400 million worldwide. On the heels of the film's success, Hardwicke penned Twilight: Director's Notebook, published by Little Brown, showcasing her personal behind-the-scenes photos and experiences while directing Twilight. The book spent six weeks on the New York Times and USA Today bestseller lists.


Hardwicke is also set to direct a wide range of films, including Hamlet, starring Emile Hirsch; a sci-fi thriller entitled The Maze Runner; and Maximum Ride, the screen adaptation of James Patterson's popular book series. Her other upcoming projects include The Monkey Wrench Gang, based on the original eco-activist novel by Edward Abbey, and Swerve, a comedy based on Hardwicke's original screenplay about our love/hate affair with conspicuous consumerism.

She made her directorial debut with the acclaimed 2003 film Thirteen, for which she also co-wrote the screenplay. The film starred Holly Hunter, Evan Rachel Wood and Nikki Reed, all of whom were honored for their performances, including an Oscar nomination for Hunter. Hardwicke won the Directing Award from the 2003 Sundance Film Festival and earned Independent Spirit Award nominations for Best First Feature and Best First Screenplay. In addition, the film earned top awards at the Deauville, Locarno, and Nantucket film festivals. Hardwicke subsequently directed Lords of Dogtown and the period epic The Nativity Story.


Prior to starting her directing career, Hardwicke had demonstrated her bold visual style while serving as a production designer on more than 20 films. She collaborated with such noted directors as Cameron Crowe, on Vanilla Sky; David O. Russell, on Three Kings; Costa-Gavras, on Mad City; Lisa Cholodenko, on Laurel Canyon; and Richard Linklater, on The Newton Boys and SubUrbia.
A native of the South Texas border town of McAllen, Hardwicke studied art in Mexico and received a degree in Architecture from the University of Texas at Austin. She then enrolled in graduate courses at UCLA's Film School, where she completed her first animated/live-action short. The film brought her a Nissan Focus Award and toured in the Landmark Best of UCLA film program