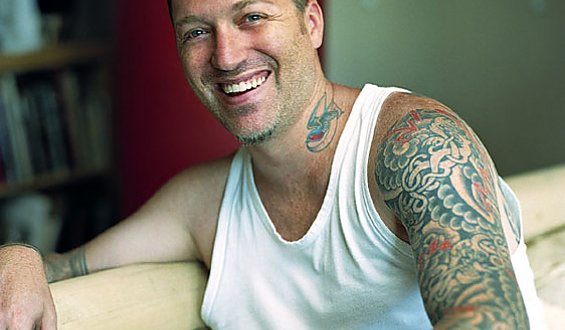 Joshua Davis is an American web designer, author and artist in new media. He uses Macromedia Flash as a tool to generate art. He is the author of Flash to the Core (2002 and was featured in the seminal book New Masters of Flash (2000). An illustrator and painter with a passion for technology, Davis’ work showcased a rising genre of art. Utilizing randomization in controlled environments, Davis developed a new perspective on visual communication and creative expression.


In January 2001, as part of issue #100 of K10k.net, Davis posted an autobiography — a look at his personal life in the New York City art/club scene in the early 1990s, his drug addiction, and his ability to overcome it to pursue his goal of being a full-time artist. Davis wrote that once he left the club scene, he aspired to be a writer and illustrator of children's books. It was at the Pratt Institute that Davis began to focus on writing HTML, working under Thomas Noller in 1995. Soon after, he began to experiment with Macromedia Flash and its early scripting language, and further with ActionScript programming.


Joshua Davis was heavily involved in graphic and web design during the "Y2K" era of the Internet’s dot-com explosion. Davis himself was distinguished from other web designers by his many tattoos. From 1998 to 2001, he worked with the web production company Kioken. When Kioken folded, Davis became an independent web designer and artist, touring the world to speak at various graphic design conferences, such as SIGGRAPH, Flash Forward, FITC, BD4D, OFFF, Graphika Manila and others.


In 2003, he was asked by Tool's Adam Jones to take over their websites. The band's official site was replaced by an intro page designed by Davis, but has since been changed.
In 2002 he teamed up with developer Branden Hall to form The Department of Notation Studios, a media development studio. The company was disbanded in 2006 when Hall left to form Automata Studios Ltd. with fellow developer Keenan Keeling. Despite the separation Davis and Hall continue to collaborate on various projects.


As of 2007, Davis lives in New York with his wife and daughter. He is a professor at New York’s School of Visual Arts, runs his own design studio, and continues to lecture and lead workshops in design conferences. In addition to his work as a graphic designer, he ran mau5ville, a Minecraft Server owned by Joel "deadmau5" Zimmerman.