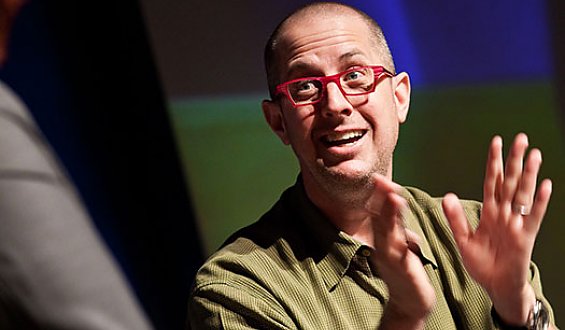 Oren Jacob was born February 26, 1971 and grew up in Irvine, California. His interests growing up included the Apple 2 computer, video games, soccer and skiing. Oren saw Star Wars and yearned to work on similar films. In 1987, he attended Spike and Mike’s Sick & Twisted Animation Festival and saw John Lasseter’s, Luxo Jr. He had a new goal now, work at Pixar Animation Studios.

In 1990 as a College of Engineering freshman at Berkeley, he saw Tin Toy. Afterward he noticed a computer graphics internship on a Macintosh software project advertised on campus. He applied and got one of the four available intern spots.

He quickly rose in the ranks to become a technical director on several of the commercials Pixar produced in the early 1990s, including Levi’s and Hallmark. The Listerine commercial Arrows won a Gold Clio in 1994.

He graduated from the University of California, Berkeley in 1993 with a degree in mechanical engineering. He followed that up with his master’s degree.

Among Oren’s contributions to Pixar include serving as technical director on early commercials for Listerine, Hallmark, Levi’s and TetraPak. His feature film work include lighting and special effects work for Toy Story, the amazing, opening shot of A Bug’s Life, visual effects lead on Toy Story 2 and supervising technical director on Finding Nemo.

Oren also executive produced the non Pixar related documentary, Ready, Set, Bag!. The idea began from a conversation Oren was having with friends about first jobs. He learned of a grocery bagger competition (which became the basis of the film) and the rest is history. The documentary is produced and directed by Oren’s wife, Justine Jacob.

He has been working as the Director of the Studio Tools group at Pixar for the last several years. Amongst his primary duties is the creation of the latest version of Marionette™. This proprietary animation software is the backbone of Pixar’s technical pipeline and is used for modeling, articulation, animating, simulation, lighting, and many other production tasks.

Oren also served for several years as a Chief Technical Officer at Pixar. While continuing his work directing the Studio Tools efforts, he is starting work on a new project at the studio that cannot be shared with the public. Yet.