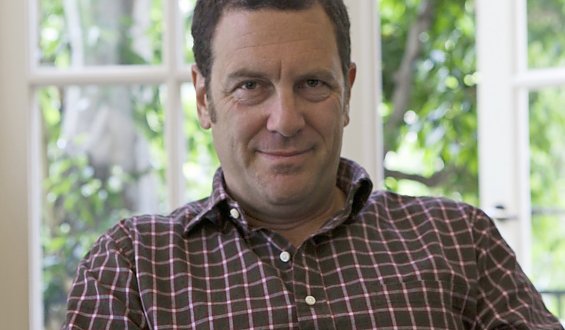 Peter Frankfurt serves as Creative Director and Managing Partner of Imaginary Forces, the multidisciplinary communications, entertainment, and design firm he co-founded in 1996. Frankfurt's involvement with the company's most significant projects has been instrumental in continuing to push IF in new directions. Some of his most high profile projects include the design of a branded experience for BMW, collaborating as a founding member of United Architects on the World Trade Center redesign project, and creating the plot integral pre-vision sequences in Steven Spielberg's “Minority Report.” Also a filmmaker, Frankfurt has produced several movies, among them: Juice, Boys, and all of the Blade films, based on the Marvel comic book character. Additionally, Frankfurt oversees all projects at IF. Frankfurt was the Creative Director on the award winning Mad Men main titles for AMC/Lionsgate, the Emmy-nominated title sequences for HBO’s The Pacific and Boardwalk Empire and the Science Channel, Spike TV and USA Network branding projects.  His film work includes titles for Real Steel, 500 Days of Summer, The Spiderwick Chronicles and The Number 23, teasers for Transformers, Indiana Jones and the Kingdom of the Crystal Skull, and the High School Musical franchise.  Peter has helmed commercial campaigns for Nike, Smirnoff, RAM Trucks, Kohler, Sears, Powerade, and Nokia.  He has also worked on number of interactive projects including God of War III and a trailer for Sony’s Starhawk.  In the area of Experience Design, Frankfurt has overseen projects ranging from New City, the world’s first architecturally considered virtual environment, which was a featured exhibit at the critically acclaimed show Design and the Elastic Mind at the Museum of Modern Art in New York City to a campaign for the Natural History Museum of Los Angeles and a recent collaboration with the architects behind the redesign of Lincoln Center on branding content for their innovative Infopeel LED displays.

A native New Yorker, Frankfurt spent his youth watching his father, Steve Frankfurt, a renowned art director, advertising pioneer and former president of Young & Rubicam create movie campaigns and television commercials. While studying history at Columbia University, he began working as a production assistant at the innovative design firm, R/Greenberg Associates. Within a few years, he became a creative director and executive producer noted for building strong relationships with artists and clients.