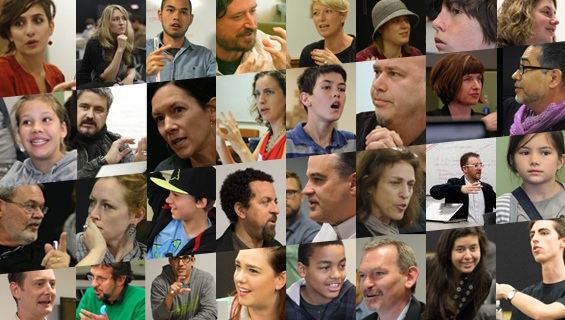 The world of narrative media is under the influence of huge changes through new digital and virtual media developments. That's why the 2011 annual Netherlands Film Festival is focused this year on New Media in different forms.

On September 24th, 2011 a Craftspecial day for film professionals will focus on the influence of new technologies in the role of the production designer and in turn on the virtual design process. The Keynote speaker is British production designer and 5D Associate Andy Nicholson (Gravity, Alice) who will speak on Immersive Design and the Worldbuilding process as a spine of virtual production.

Traditionally, during this festival, professionals and public gather to watch all Dutch films made in the past year. But this year the professionals also come together to discuss new developments and the influence of new media on storytelling. One of the ways the Festival focuses on these developments is through the website it has launched www.beeldenstormonline.nl which is an online platform dedicated to the moving image in all its forms.

It is an annual custom that the Festival focuses each year on a different department within the film production process. For 2011, the focus is on Production Design. Via images on the street and introductions prior to screenings the public will become acquainted with the work of the production designer.

The Craftspecial day (Sep 24th, 2011) will focus on the influence of new technologies, on the role of the production designer and the film production process. Different panels will look at this each from their own unique point of view. One panel will consist of Dutch directors of photography, one panel will consist of Dutch visual effects supervisors and then 5D's Andy Nicholson will give a Keynote presentation on 5D Immersive Design and the Worldbuilding process for Virtual Production. This will be followed by a discussion with former panelists about the possibilities of Immersive Design for the Netherlands media industries. This proposes to be an informative day for Dutch production designers and give them insight into the deep potential of new digital and virtual processes.