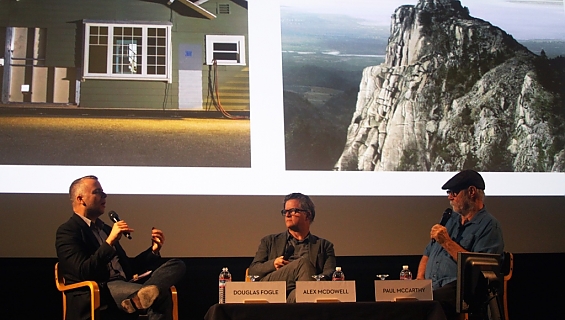 "What is film? And how do you place it as that? All that film is, is just a continuation of the window and the mirror. Its just a rectangle at this point. Right now, we're just stuck. Its obvious that we're stuck. We are stuck with this view into a rectangle..." claimed Los Angeles artist Paul McCarthy.

In an open dialogue as part of the Paris Photo Los Angeles event, McCarthy and Wbi Founder Alex McDowell spoke about the radical need for artists to seize opportunities in new media. Creators can no longer follow the traditional paths and abide by industry parameters.

Curated by Douglas Fogle and Hanneke Skerath, the Paris Photo Los Angeles Sound and Vision Conversation between McCarthy and McDowell can be viewed here.