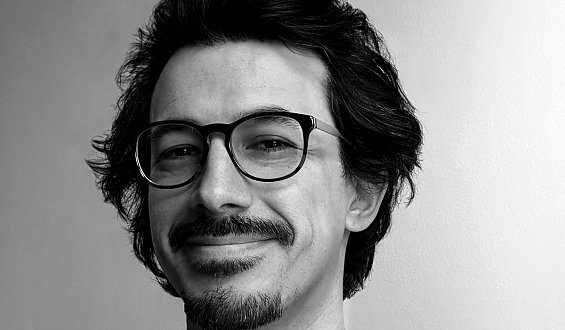 Juan Diaz Bohorquez is an awarded director, writer and narrative designer who works at the convergence of design, science and storytelling. His practice is driven by a non-linear, cross-disciplinary approach, to create human narratives that emerge from holistic worlds to trigger change. He is founder and creative director of Kosmology Studio, Berlin/Bogota, a multi-platform, development and production company, where he is creating film, episodic and XR projects in Europe and America on present social issues.

DiazB is European Director of the World Building Institute. For the last decade, together with Alex McDowell, director of WBI, he has developed a disruptive art-science, collaborative practice and methodology to combine knowledge with imagination. Since 2010 he has co-curated the World Building Studio, a joint effort between WBI and the Berlinale Talents and has been invited as speaker and mentor at FMX, the VRSci fest, the EAVE program, the Animation Workshop, the ESCAC and was a guest consultant for the UNDP to visualize the future of cities.

He is co-creator, transmedia designer and executive producer of ›We are the Heat‹ the award-winning urban beats transmedia project and film that premiered in 2018. His feature film scripts ›All Yesterdays Blank‹ (2018) and ›Bitterness‹ (2016) were in the final round of the Sundance development Lab and the Hubert Bals Fund screenwriters lab and he won the Colombian script development fund for his thriller-drama ›Torpor‹ (2013), a reflection on lifestyle and environmental degradation.

He was invited as a designer for the Berlinale Talent Campus 2007 and in 2009 won the BTA production grant as writer-director with ›By Night‹, a love story between dimensions, which was in Berlinale 2010. In 2008 DiazB was awarded as designer and writer of ›RojoRed‹, screened in more than a 100 festivals and winner of multiple awards. Other recognitions include: Jury price of the Fernando Botero Award for his photographic work, and a Cannes Golden Lions, D&AD Awards, Yellow Pencil and Silver Clio Awards, for his illustration work.