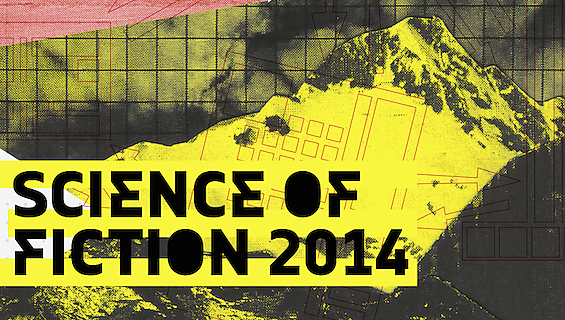 THE SCIENCE OF FICTION is NOT a conference. There are no panels, there are no speakers, and there is no audience. Instead we deal in the power of vast collaboration: the one-hundred-percent participation of creative minds across diverse disciplines.

ENTER THE WORLD OF RILAO

"Let the veil fall (at last!), but not the curtain, for, the embargo has been lifted and our eyes have returned!"

It is time to explore the world of Rilao, for the mysterious island city has finally returned to our world.

A diegetic exploration and discussion, this unprecedented event is framed to look at the world of Rilao and the implications of its discovery on real world media and culture. We will learn the city and the city will learn from us. Bring your senses and your most treasured tools, whatever you need to offer your skills, and co-create, co-build a world with those as uniquely talented as yourself.

We dare you to shatter the walls of your mind, remove the parameters that hold you to reality, and, with us, step openly and confidently, into another realm (into the future?).

Now, and then, playing…

Welcome to CLUB CIRCULO, the newest form of music club that loops to reform itself.  This first-ever live synchromedia event is an experimental show featuring an immersive and interactive experience blurring the lines between audience and performer. Rilaoan sky-scapes fragment ceilings as light follows sound.

The performance exists in its moment and then it is gone. It cannot be replayed; it is ephemeral, spontaneous, called and responded. Catch it while you can. Now you hear it, now you don’t.

Brought to you by the Rilaoan Immersive Musical Universe through the hands and ears of the 5D Institute, [namethemachine], and Glen Matlock, we will create a new-form of music, the Sound of Rilao, in one night, with all hands on deck, fabricated drum circles built from Rilaoan artifacts and the conductive-collaborative looping of spatialized sound and beams of light by DJs, VJs, Rilaoan performers, and you.

RILAO AT LARGE, AT LAST. The island of Rilao was recently unveiled and reintroduced to the world after the international embargo was lifted from its borders. The rare multimedia artifacts in this one-of-a-kind exhibit tell stories of the enigmatic place and populace. For just one week, a century’s worth of hidden development exists to be examined, mined.

But the fact remains that it is nearly impossible to distill an entire country and century into a concentrated, limited space. The nature of a World Fair is to tantalize the attendee with a glimpse of the peak—not the mountain itself. However, the peak still stands as the pinnacle of achievement; the citizens  of Rilao take great pride that these carefully selected pieces were able to be transported across the ocean to be revealed for the first time to outside eyes.

As these artifacts must be synecdochic of Rilao as a whole, a call for submissions was announced for diverse Rilaoan artists, filmmakers, industry leaders, writers, and scientists. Three Rilaoan societies (The Rilao Bureau of External Relations, The Scientific Society of Rilao, and The Departamento Naa Cultura Rilao) collaborated to choose pieces that captured the spirit and history of the island—trauma, innovation, and evolution; or how its historic trauma led to unique societal innovation, which in turn allowed the island to evolve into its current, inimitable state.

This is recently declassified material previously under global embargo.

Sign in for Insignia: Please ensure you have your badge for access into this timed, sensitive documentation of a built world to meet your local districts and global collaborators.

The Anthropological Cabaret of Rilao in Conjuntion with USC

Fourteen years ago, a group of anthropologists, artists, scientists and investigators from our world set off to find the fabled island of Rilao. No word was heard since, and they were presumed forever lost.

Return of the Century! Now fable comes face with their discoveries. They will present living artifacts of Rilao for the first time in this century and world’s history.

Anthropologist Jeff Watson and team returns from the once invisible island with pieces of the city you will piece together to continue evolving and architecting Rilao. The leaders of the nine districts of Rilao will unite the rooms to provide some views on their respective societies and cultures. Ideas will be transferred to the page, and then from the page to the wall for larger communal dissemination and dissection. Peruse these to see where your passions lie.

Rilaoan cuisine can best be described as a fusion of Brazilian, Indonesian, and Tahitian cuisines, and an infusion of all elements in a meal: the sea, the air, the earth, and the fire to put it forth.

Rilaoan-trained chef Francisco Gxl has chosen three classic options from his time spent studying and living in multiple city districts. These meals represent the typically fresh flavors that the people of Rilao enjoy.

After you taste Rilao, experience the city’s offerings with your other senses. Explore the aurally and visually immersive Space of Fiction - Trauma, Innovation, Evolution: the Rilao Pavilion, located in the lobby of the SCI building of the USC School of Cinematic Arts.

Now arts and facts will be crafted into artifacts. Depending on your choice of devices [3D printing tools, writing tools, foamcore, clay, etcetera] and what you choose to devise from the new Rilaoan ideas, the morning’s creative process becomes the afternoon’s creative production.

Rilao’s invisibility from the world’s stage necessitates that it is staged for the world at-large. Thus, the media artifacts based on the morning session will be captured on the website and broadcast to the world.

Make and submit as many artifacts according to the spirit’s guidance. Vote the ones that capture Rilao into being.

The Anthropological Cabaret has spoken, and now knows that the morning’s audience have become the evening’s creators. The best of the day’s offerings will be exhibited and later archived in the Biblio/Techno [the website and forthcoming book].